The Department of Philosophy at St. Stephen’s College has a rich legacy of 140 years and is the oldest Department of Delhi University, with its founding principal Rev. Samuel Scott Allnutt himself teaching a few courses in philosophy. In subsequent years the Department of Philosophy grew from strength to strength and started its MA Programme from the year 1907. The department is fortunate to have had its founding teachers in Rev. S. S. Allnutt, Samuel Ghosh, N. K. Sen, F. F. Monk, and SK Bose who have contributed immensely to the growth of the College when they occupied the highest administrative positions, including that of a Principal, or as Dean and Registrar of Delhi University. The Philosophy department is one of the smaller departments with a batch strength of ten students chosen approximately from fifteen to eighteen hundred applications. The Department mainly recruits for three set of courses namely, BA Honours, BA Program and MA Honours for equal strength of students in each batch with equally competitive pool of applications. While BA students study in the campus, the MA students attend their core classes at the main Department of the University. Considering the rigour involved in doing philosophy the small batches of meritorious students ensure the quality of pedagogy, wherein instead of traditional method of lecturing that is employed in the large classes, the teachers here engage students via interactive sessions. Everyone is recognised in the department and all are provided with opportunities to excel by participating in various discussions, debates, seminars and other extra-curricular activities of various societies. The limited strength of students also ensures that the faculty is able to pay attention to the needs of each student in the class. 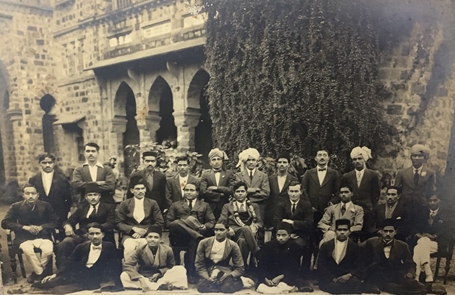 Apart from the core courses in BAH and BAP the department engages in interdisciplinary interactions by offering GE, MIL, and SE courses for students of other departments. The outcome of their discussions are encouraged through research paper presentations in the classes or in the forum of the weekly ‘Philosophical Society,’ which is one of the oldest societies of the college. The students are encouraged to display their talents and skills through the annual Philosophy Fest titled “Praśna”, or publish their works in its annual academic Journal titled “Erevna.” The S. K. Bose Memorial Lectures in memory of the late Prof. S. K. Bose are held biennially, wherein eminent scholars present one of the original papers exclusively written for the event.